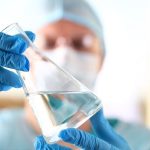 It is now fairly widespread knowledge throughout the United States that military service members and their families were exposed to contaminated toxic water at Marine Corps Base Camp Lejeune for over 30 years between 1953 and 1957. Four dangerous chemical contaminants, trichloroethylene, perchloroethylene, benzene, and vinyl chloride, were found in Camp Lejeune water as… Read More »