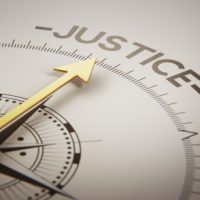 Sexual assault is one of the most serious and heinous acts that a person can commit against another person. The violation of one person’s body by another, by acts of intentional and unwanted sexual physical touch, is something that we hold as unacceptable, unjust, and unforgivable. However, the truth is that sexual assaults happen every day in every state across the country. The perhaps even uglier truth is that sexual assault can be committed by anyone towards anyone: a pastor to a parishioner, a father to a daughter, a brother to a sister, and boss to an employee. Even when we think we are the safest, perhaps at crowded grocery stores, hotels, restaurants, or bustling concert events, we are vulnerable to the crime of sexual assault. However, when a sexual assault occurs at a business location towards another person, there may be options beyond criminal laws and seeking recovery against the individual attacker. In Houston sexual assault cases, under the theory of premises liability, a sexual assault survivor may have multiple avenues of recourse when it comes to seeking justice after a sexual attack.

In addition to criminal laws, Texas civil laws provide recourse for Houston sexual assault survivors. A sexual assault survivor can bring civil charges under Texas laws for damages related to the sexual assault, including damages associated with any required medical care, lost wages and future earnings, and pain and suffering and emotional distress. In addition, when a person is sexually assaulted on the premises of a business, they may have a claim not only against the individual perpetrator of the assault for damages, but also the business owner or person who maintains and owns the premises. This legal theory is called “premises liability”, and is an avenue for victims to seek compensation against the business or property owner for creating the unsafe conditions that facilitated the sexual assault.

In sum, survivors of sexual assault can seek justice under both civil and criminal laws in Houston. While a criminal conviction can put sexual assault perpetrators behind bars, civil laws are focused on compensating the victim of the sexual assault. In Texas, if the sexual assault occurred on the premises of a business, the survivor may also have civil claims against the business or property owner.