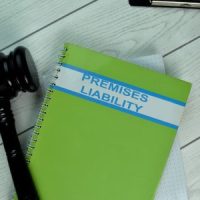 Sexual assault is a very serious crime in Texas and throughout the United States. The forcible penetration of a person in a sexual manner that is unwanted and sometimes violent is one of the worst crimes that a person can commit against another. However, sexual assaults are not unheard of in Texas and throughout the United States, and Americans are at risk to being sexually assaulted every day. Further worrisome is the fact that sometimes the places where people are the most comfortable and where they have their guard down are the places where they are vulnerable to a sexual assault incident.

When a person enters an everyday store, gym, hotel, hospital, or other business, most likely they last thing that they think about is being sexually assaulted while they carry out their errands and activities. With security cameras, the eyes of the public, and cell phones everywhere, a person can be easily lulled into a sense of security when entering a business while they do their daily tasks. However, the terrifying reality is that the big box stores, supermarkets, and offices that we deem as “safe” places can turn into the scene of a horrific crime in an instant. Indeed, the truth is that sexual assault, and violent sexual assault, can happen anywhere, even when a person thinks they are protected by the trappings of a business location.

No person should have to go through a sexual assault case on their own. Having a skilled and experienced Houston sexual assault & sex crime lawyer on your side can be extremely valuable as you navigate both a horrific life experience and a legal case. If you have been sexually assaulted in Houston, it is important to speak with a Houston sexual assault sex crime lawyer about your rights and options as soon as possible. The Gilde Law Firm offers a free and confidential consultation to learn about your story, and to see if they can help you fight for justice. Contact the Gilde Law Firm today and speak to a lawyer about your rights for free.