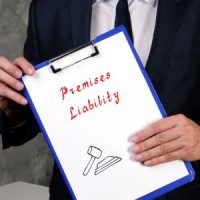 When we check into a hotel or motel for the night, we think we are checking into a safe space where we can relax and rest, sheltered from the dangers of the outside world. Whether a gorgeous five-star resort or a somewhat shabby roadside spot, the places we choose to stop and rest give us a sense of comfort and security – we entrust the owner of the hotel, resort, or motel, to keep us safe and to keep the premises secure from dangerous people and things. We assume the staff where we check in and leave our things and sleep for the night have our best interests at heart, and at the very least have been vetted to be safe with a background and reference check. However, as much as we would all like to think that we are safe when we go to our designated rooms and tuck away for the night, that is not always the case. Such was the horrific case of a New Jersey woman who is also a sheriff’s deputy, who visited a St. Louis hotel in 2016.

According to local news reports, the female victim checked into the St. Louis Hyatt Regency at the Arch, as she was visiting St. Louis in her capacity as a sheriff’s deputy for a crime scene investigation seminar. When a colleague of the female victim asked the hotel to check on the woman, a security guard named David A. White used a hotel master key to enter her hotel room. Mr. White is reported to have entered the female deputy’s room, found her asleep, and left. The story would be over, except for the fact that Mr. White later returned to the female deputy’s room and sexually assaulted her.

In the criminal case against Mr. White, he pleaded guilty to first-degree burglary and misdemeanor sexual abuse against the female deputy hotel guest. Mr. White was sentenced only to probation. However, the female deputy learned that Mr. White had a criminal record—including convictions for second-degree assault, third-degree domestic assault, and operating a vehicle while intoxicated– prior to his being hired by the St. Louis Hyatt, and brought a lawsuit under civil law for money damages against the St. Louis Hyatt Regency. With the help of the lawyers that represented her, the brave female sheriff’s deputy was ultimately awarded a $177 million judgment against the St. Louis Hyatt Regency at the Arch. The jury found that the hotel had not followed rules appropriately in hiring Mr. White.

If you have been sexually assaulted at a hotel or other business, you may be entitled to money compensation against the business for negligence under Texas law theories of premises liability. It is important to reach out to an experienced Houston sexual assault sex crime lawyer to learn about your rights and options. The Gilde Law Firm offers a free and confidential consultation to learn about your sexual assault sex crime case and to see if they can help you recover money compensation for your sexual assault injuries. Contact the Gilde Law Firm today and speak to a lawyer about your rights for free.