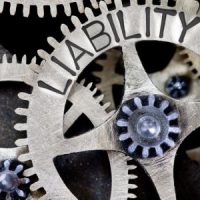 Assume this hypothetical: a woman checks into a hotel. Her room is not yet ready, so she decides to sit at the hotel bar for a drink. A man sits a few seats away and spots her. He offers to buy her a drink. The woman declines the drink from the man, but decides to have one more and the two engage in small talk. Ten minutes later, the woman’s room is ready, she cashes out and says goodbye to the man, and heads to rest in her room. The woman doesn’t notice, but the man follows her down the hall, and gets into the elevator with her. In the elevator, he makes advances to her and asks her to watch a movie with him in his room. The woman declines the man’s offers again, but he is not deterred. The man violently forces himself on the woman for a kiss, and pins her to the elevator wall. The elevator stops at the woman’s floor, but she cannot make for the door to get out. The man’s grip on her is too tight, and he grabs her by the neck as she struggles. The elevator stops at the man’s floor. He pulls the woman by the hair and neck down the hall and to his room. He gets the woman into the room as she struggles. A sexual assault ensues.

This harrowing scenario is not unreal. In fact, sexual assaults happen every day to people across the United States and in Texas, in hotels, bars, casinos, in shopping malls, and big box stores, warehouses, and parking lots. Simply put, public and business spaces are not equivalent to safe spaces, and sexual assaults can happen anywhere, regardless of the time or place.

The numbers paint a grim picture. According to the Rape, Abuse & Incest National Network, every year in the U.S., 433,648 people aged 12 years and older are sexually assaulted or raped. And while 55% of sexual assaults occur at the victim’s home, 15% occur in open or public spaces and 10% happen in enclosed but public areas, such as parking garages. In addition, according to RAINN, 8% of sexual assaults occur on school properties. More harrowing statistics underscore that the shops, malls, restaurants, and other public spaces that we typically find to be “safe”, really present a sexual assault risk. According to RAINN, 29% of sexual assault victims are assaulted while going to a shop or running errands, or traveling to and from work or school.

No person should have to endure a sexual assault or rape. While nothing can undo the pain of a sexual assault, sexual assault survivors in Houston have options under Texas laws. If a person is sexually assaulted or raped at a business or on business property, in addition to having the right to press criminal charges against their attacker, they may be entitled to money compensation from the business or property owner, if they failed to maintain the property safely, resulting in the sexual assault or rape. A person who has experienced a sexual assault or rape should immediately speak to an experienced Houston premises liability sexual assault lawyer to learn about their rights and next steps if they are interested in filing a claim for compensation. The experienced Houston premises liability sexual harassment lawyers at the Gilde Law Firm offer a free and confidential consultation to learn about your case and to see if they can help. Contact the Gilde Law Firm today and speak to a lawyer about your rights and options for free.

By Gilde Law Firm | Posted on January 20, 2023
« Is My 18-Wheeler Trucking Accident A “David And Goliath” Case? Bringing 18-Wheeler Truck Accident Lawsuits Against Large Companies In Houston
I Was Sexually Assaulted At A Houston Hotel As A Guest. Do I Have A Claim Under Title VII “Sexual Harassment” Laws? Workplace Sexual Harassment Claims Vs. Civil Sexual Assault Claims In Houston »